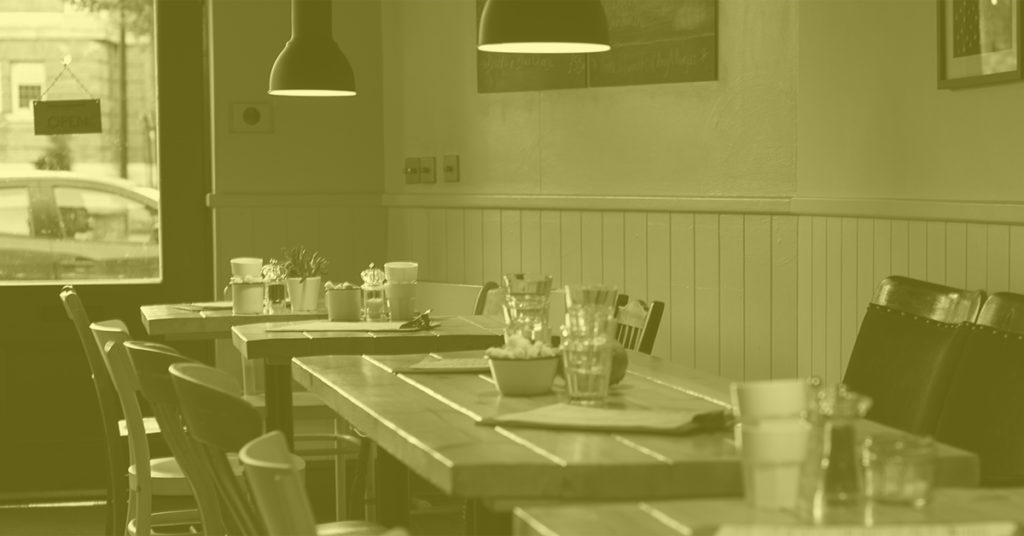 One evening, almost exactly four years ago, I went out to dinner alone with my nine year old daughter, Sammi. Her older sister had religious school from 6pm to 8pm, and sometimes, I couldn’t bear to drive home, cook something, try to get Sammi to eat quickly, and then scoot back out the door again. The local Thai restaurant was easier, and besides, just a month earlier, I’d been left awestruck when Sammi ate an entire plate of pad woon sen in that very booth.

Six months earlier, she’d undergone major cardio-thoracic surgery to move her meandering aorta away from the places where it was smashing her esophagus nearly closed. Before that surgery, an adult portion of any restaurant meal would spoil in the fridge before she could finish the whole thing; she’d sit at a restaurant, fidgeting and chatting, the bite of tofu speared on her fork going cold. Mealtimes were frustrating slogs through her inability to swallow.

Even once the cause had been discovered and her aorta gently moved to the side and sewed to her sternum, eating was still slow and frustrating for her and us. We’d sent her to feeding therapy, a white flag waved at the eight years of labored eating that had conditioned her to chew slowly, fill her belly with water, and avoid the kind of dense food that would help her grow. Over the entire summer, once-per-week therapy over her lunchtime seemed to do little to help her regain the ground she’d lost. I waited for the growth spurt that didn’t come.

Then, one November day at the thai restaurant down the street, I mentally planned for her leftovers to go in her lunch the next day (and the next, and the next), only to look across at the plate of mild glass noodles and vegetables to see it slowly emptying. By the end of the evening, I was so excited that I took a photo of her empty plate and texted to my husband, my mother-in-law, my parents, and several friends.

“She ate her entire plate of dinner in an hour!” I wrote.

Thai food, I decided, was the key. I was wrong, of course – it was time that was the key. Time and patience were what she really needed, but instead, I brought her to eat thai food again. This time, she ordered sweet-and-sour tofu, with peppers and broccoli and white rice. “White rice makes me hiccup,” she’d told me at age five (and six and seven and eight), yet here she was, asking if she could drizzle sauce on the rice if we had some left at the end.

She looked so healthy all of a sudden — pink cheeks and bright eyes, the pink streaks in her hair fading to leave a blond fringe along the sides of her face. The bright blue and white Mexican-style capia on her chest, made for her by our friend Sofia in honor of Hannukah, had prompted us to look up Hannukah traditions in Mexico, so I was searching on my phone when I asked her to stop and let me take a photo.

“Because, I don’t know — you just look cute!” I answered. A few months beforehand, I would never have brought out a phone at dinner. It would distract from valuable eating time. Now, it felt safe. Now, I could stop and really see her, past her plate and what was left on it.

“Let me see how cute I am!” Sammi asked me, giggling.

And here is the result, thanks to Facebook’s “memories” function: 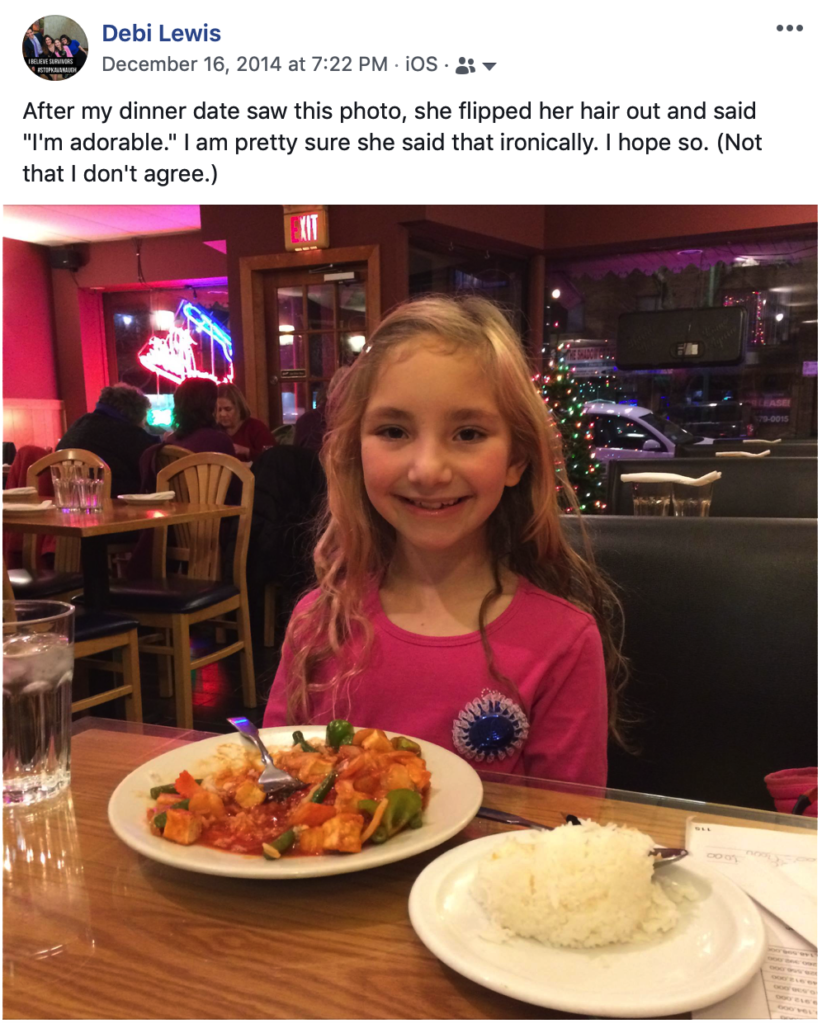 Four years later, it still doesn’t really get old when I watch my little one tuck into a plate of food she loves. I never tire of seeing her healthy, strong legs stretch halfway across our couch. The new jeans she bought in the adult section — even if they were the smallest size, even if they had to be shortened by a lot — were a thrill I truthfully never thought I’d feel.

She eats well. She grew up. I’m still grateful. I always will be.

This has been a Finish the Sentence Friday post although it’s not Friday. This week, co-hosts Kenya Johnson of Sporadically Yours and Kristi Campbell of Finding Ninee are opening up a “Free-For-All” Friday post. Link up with a photo and the story behind it, a year in review post, or something else that you’d like to share.

Read more about Debi Lewis, including about her forthcoming book, KITCHEN MEDICINE